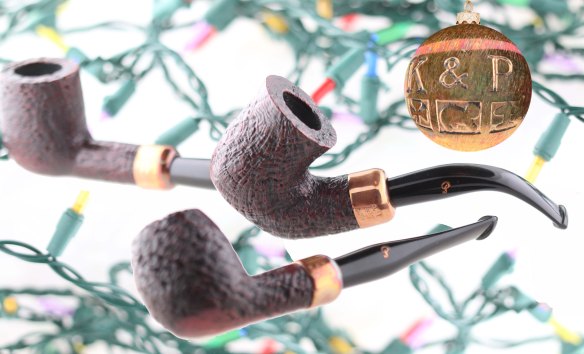 The Christmas commemorative series began in 2009, marking this season’s as the 10th pipe, and it’s brilliantly understated, for all those who want a lovely entry-grade army mount that can pass under the seasonal radar while still evoking a Stille Nacht kind of  feeling with its dark ruby stain and copper ferrule. 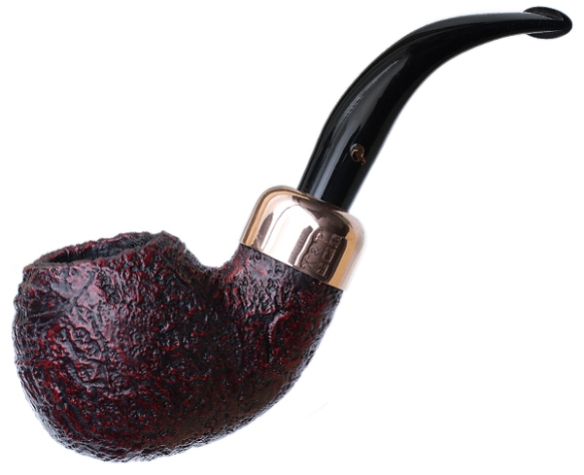 Did I say copper? A first in Peterson history, this. But to be more precise, Conor Palmer wrote me that “They are not full copper bands but rather nickel bands that are copper-plated – Some say that copper can heat up very quickly so we wanted to avoid anyone burning their fingers. More obviously though, it’s next to impossible for us to shape copper as it’s a much stronger / tougher than silver or nickel.” 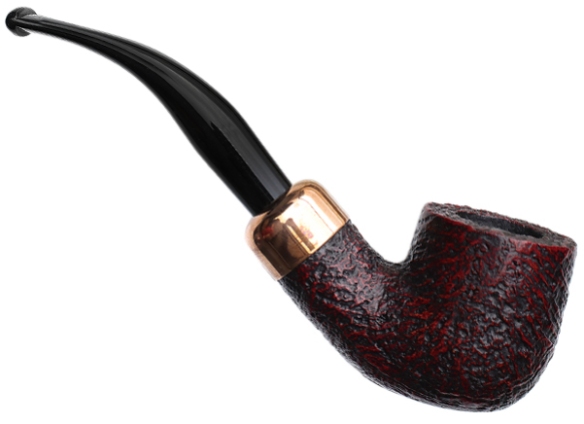 Anyone with a copper tea kettle will know that the charm of copper is its unique patina. You can see in the Smokingpipes and TobbacoPipes.com stock photos what the cap looks like polished up, but just give it a few weeks or months and it’ll turn. You can already see the incredible blues and greens in this 87apple:

A little over a year ago, Conor and I were talking about lost Peterson traditions and I mentioned how much Pete Geeks enthuse over the old nickel-marks, sometimes called “faux-marks” which are found on all nickel-mount Petes from 1896 until about 1963. He was excited to hear about them, and now for the first time in about 55 years, you can acquire a new Pete with these same marks:

I talk quite a bit about their history in the Peterson book, so I can’t say anything much about them here aside from the obvious—the shamrock, wolf hound and round tower are all important Irish symbols. It won’t take you many keystrokes on “the Google” (as my friend Clyde Logan calls it) to find out more. “The stamping on the Christmas is fantastic alright,” writes Conor, “and it’s good to be back using the traditional stamps.” Does this mean we’ll be seeing a return of the nickel marks to all Petes with nickel bands and ferrules? We can hope, right?

I like the copper hot foil P in the acrylic fish tail mouthpiece—that’s the first time the color has been used in Peterson stamping, I think. The pipes are laser-stamped, as has become the custom in this price range:

Also, be cognizant of the fact that at least two of the shapes (the 05 and the 87) have semi-flattened smooth bottoms. This is a practice Peterson has used in the past and it yields a slightly different profile. 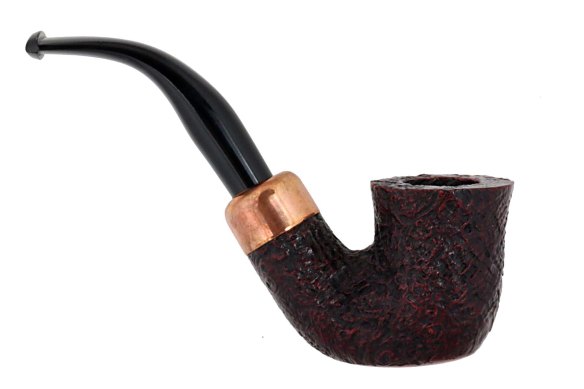 The 2018 Pipe Collection PDF, seen below, lists a dozen shapes—somewhat of a tradition where Peterson lines are concerned, and in their first release at Smokingpipes the 87 and the 606 are MIA–maybe they got lost as they crossed the pond? For those last two days (er, pipes) of Christmas, go to TobaccoPipes.com:

I managed to snag the straight apple 87 (shown above) for review, but I haven’t sighted the 606 straight pot yet. Here’s one more non-glam photo, just to give you another non-commercial view: 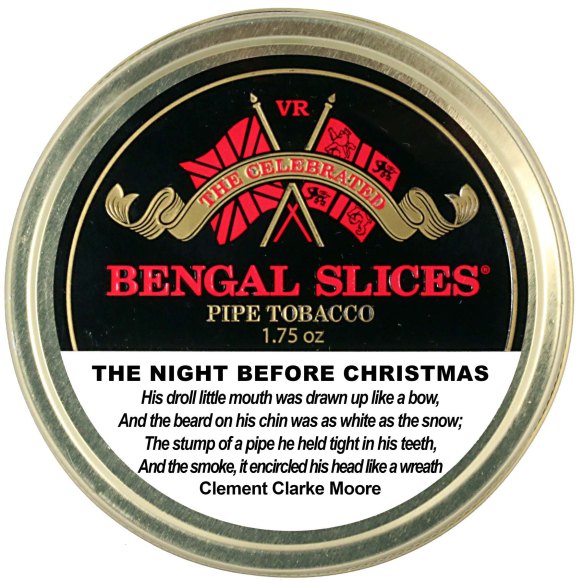 Next:
Lessons from A Patent-Era House Pipe

Thanks, Mark, or the information and update!
I recently purchased the 106 shape. It’s very nice with the copper band and logo.
The saddle bit is very comfortable between the teeth even though I’m not a “clencher”.

The band really knocks me out.

Great article. Just picked up an x105 and am enjoying it right now.

That 02 is calling my name. I don’t know why I’m in this phase, but I wanted one of the Spigot Systems in the same shape. I think I like FAT pipes.

Hi, Mark, and thanks for the update. I see that they are following the recent of trend of offering no P-lip stems for Christmas. I wonder if they could offer the P-lip as a separate item? There would be too many variations for dealers to stock, but the new owner has room at smokingpipes.com.

Stephen, I don’t think they’ve ever offered a P-Lip at Christmas, or on a POY. I think we should change that. With the new ownership, perhaps all the Pete Geeks could get up a petition through the various pipe clubs and even here on the blog to let Peterson know we really DO like our P-Lips. I wonder if we could get 500 or 1000 signatures?

There surely is a love-hate relationship with the P-lip stem. They are a classic with Peterson.