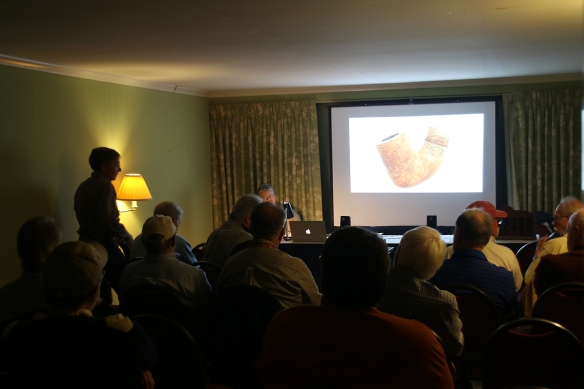 We had more fun than the law probably allows making our presentation, “What (Most) Pipemen Don’t Know About Peterson” at the 2018 Chicagoland Tobacciana & Pipe Show last weekend. It grew out of thoughts on Peterson’s long brand history after we had written the book, a kind of spontaneous synthesis of everything we’d learned over the course of our research and writing, and at some point I want to make it available to readers.

Our presentation went well, although it was late (9pm) and out at what some were calling “the Secret Smoking Room”—a large upstairs bedroom in what was, once upon a time, the residence of the owner of Pheasant Run Resort. Marie wisely printed out “bread crumbs,” posting directional signs through the maze of corridors.

The resort is the kind of “sacred space” I always find fascinating: it opened in 1965 and was absolutely world-class. Not many changes have actually been made in the resort’s 53-year history, which means it feels like you’ve just stepped into a time machine. If you’ve traveled Route 66, you’ll know the kind of almost other-worldly déjà vu sense of space and space I’m talking about. 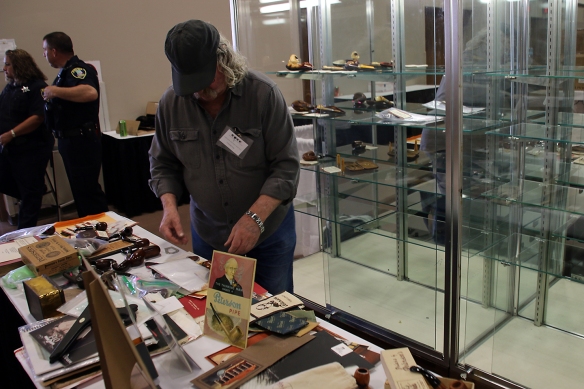 Here’s a few photos from the display cases Gary Malmberg, Marie and I put together in the main exhibition hall. You can also see the cases in the first few minutes of a video report on YouTube at https://www.youtube.com/watch?v=3wkO1klB8SA . 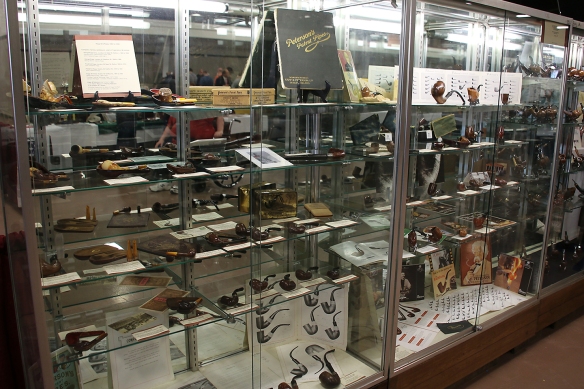 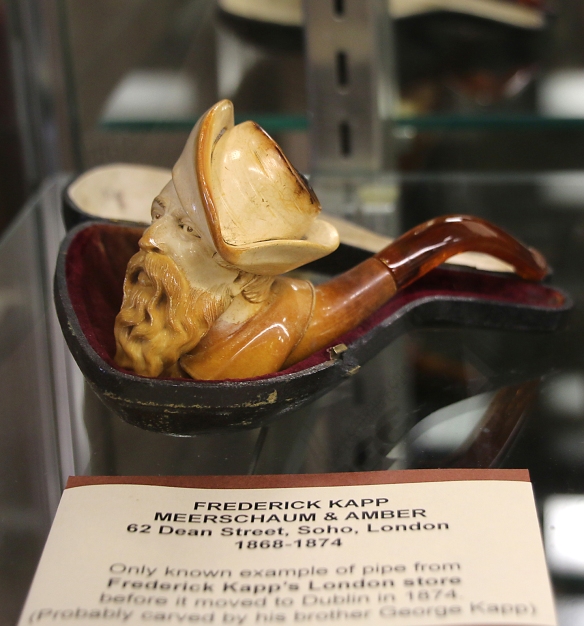 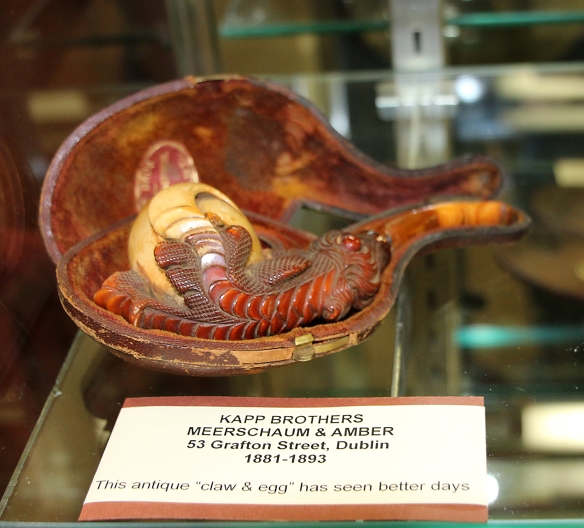 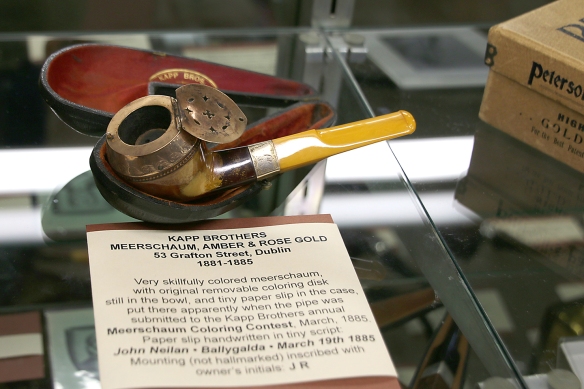 Most of the collection, of course, was Gary’s, and many of the pieces appear in the book. But Gary wanted the display to cover every decade, or at least, every era, of production in Peterson’s long history, and that’s what we did. 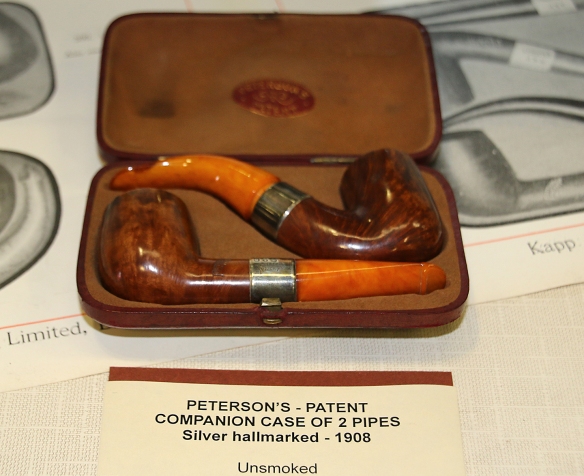 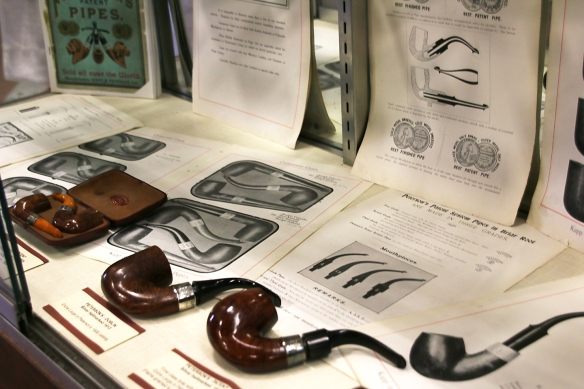 Putting up the display cases before the show began on Saturday wasn’t bad, but when we took it down at the end of the show we were swamped with well-wishers and Peterson enthusiasts. Two or three Pete Nuts pulled out their pipes and wanted to know if we could tell them anything about them, and it was a joy to share what we’ve (mostly) had to keep bottled up in the book. 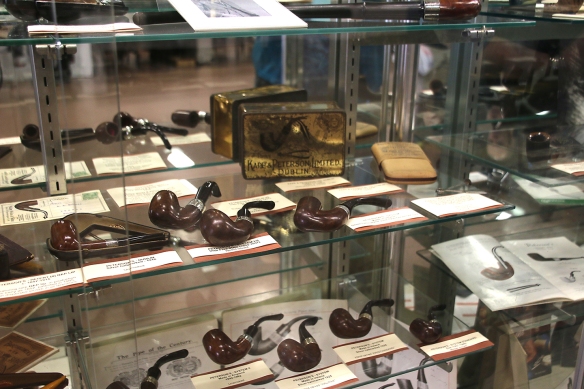 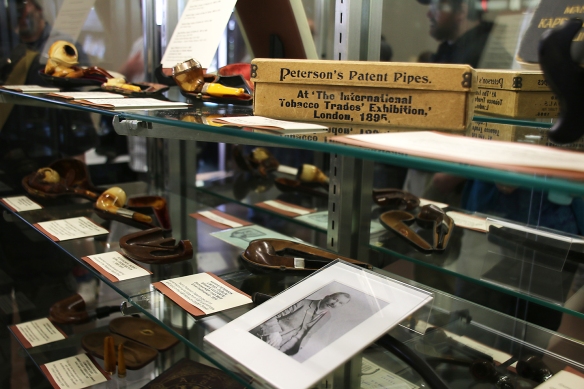 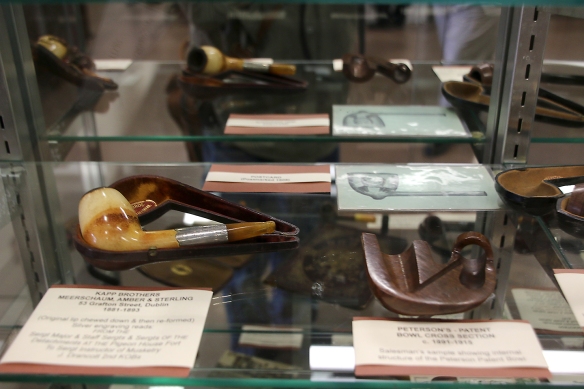 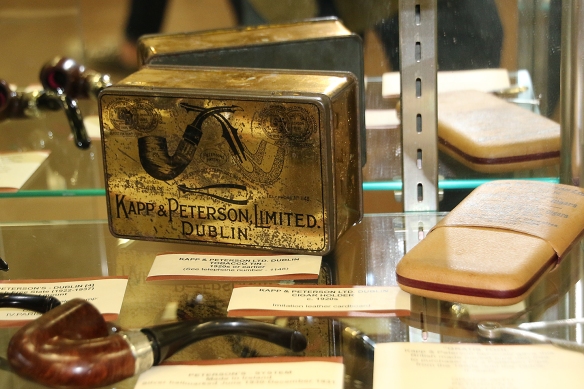 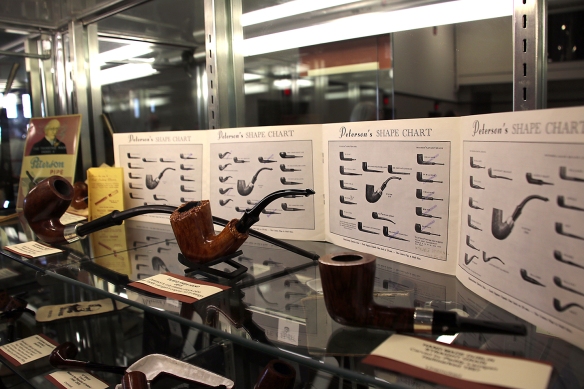 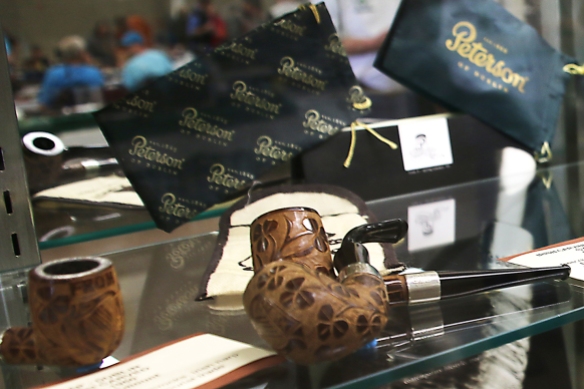 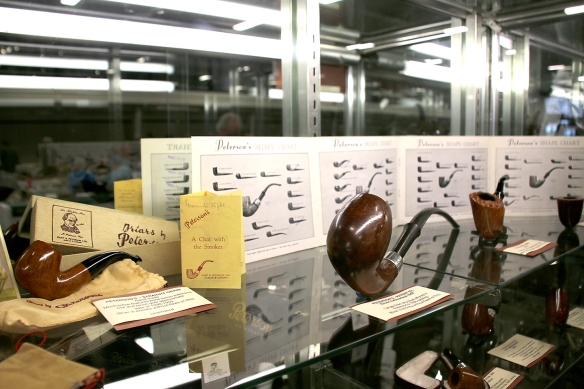 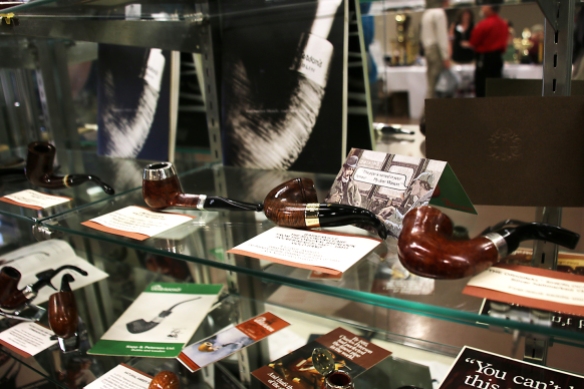 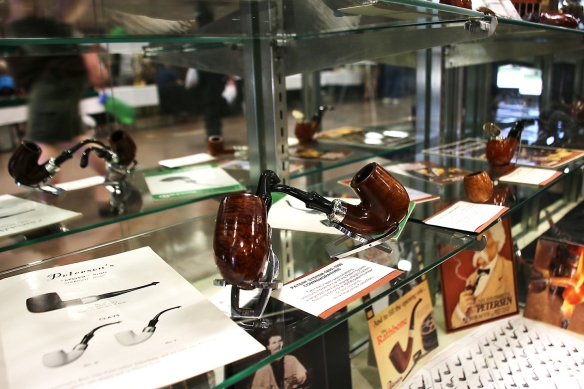 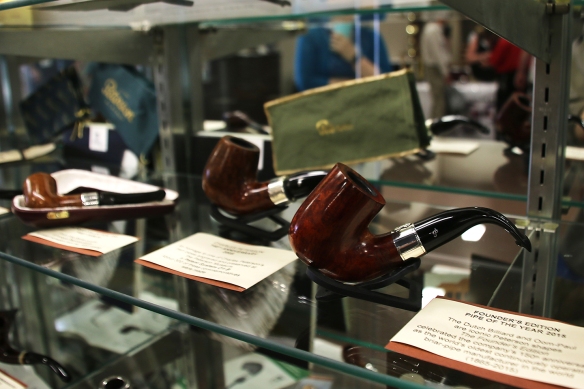 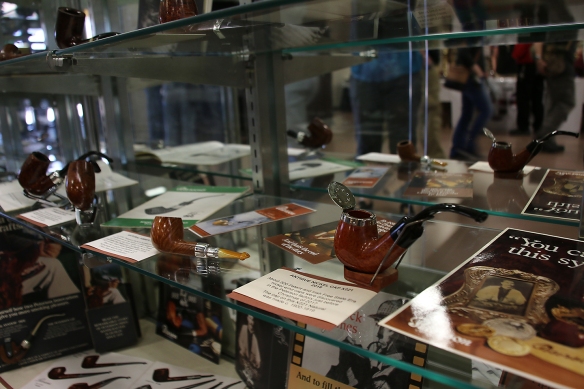 This was my 3rd Chicago show, and like the previous ones it has established itself as one of the high-points in my life as pipeman. When you live your smoking life almost totally in isolation, getting to meet and talk with (and even sometimes buy pipes from) incredible people like Silver Gray, David Iafisco, Sykes Wilford, Ian Walker of Northern Briars, and Pete Prevost and the folks at Briar Works is a bit mind-bending. And being around so many fellow pipers is like being on a long tour of duty to a foreign land where the natives don’t speak your language or understand your culture and then finally, suddenly, coming home.